In recent years Samsung has become best known for its smartphone innovations, with the Galaxy range striding bravely alongside the iPhone and, occasionally, speeding off ahead (we’ve previously discussed the merits of the Samsung Gear 2 in our wearable tech article). However, lest we forget that Samsung makes all manner of exceedingly cool household tech, all of which deserves a high spot on your Christmas list.

This rival to the Apple watch is Samsung’s latest high-resolution wrist-based offering, with a rotating bezel (which has oddly caused a great deal of excitement), a more customisable look and more functions than ever, including a 24-hour activity log (potentially depressing) and an impressive 3 day battery life. Very cool.

Unlike a lot of televisions which are only fractionally different to their peers in terms of image quality, curved TV’s really do enhance viewing pleasure in adding a hint of 3D without actually being 3D. It’s more of a depth of focus which just makes everything seem sharper and generally more impressive.

Samsung’s curved tellies come in various sizes, from large to absolutely massive, so you can fill a room with their awesomeness.

Now these really are the coolest. A sleek minimalist design and great cushioning means that they can be worn for hours, and with super impressive touch-sensitive controls on the outside of the ear piece they could not be more stylish. Getting used to the controls whilst wearing these would certainly be a challenge to begin with, but these headphones are miles ahead of their rivals in terms of innovation.

Tech products that will boost your productivity

Wearable tech is here to stay

iPad and iPhone games you can play this weekend 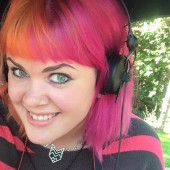 What's in the ultimate man cave?