Karl Lagerfeld, the head designer for the classic Chanel and Fendi, often makes headlines for his opinions just as much as his designs.

“I am a black diamond, unfaceted. Black diamonds are rare, hard to cut, and therefore uncommercial.”

“When you hear designers complaining about the challenge of their profession, you have to say: don’t get carried away—it’s only dresses.”

“There is nothing worse than bringing up the ‘good old days.’ To me, that’s the ultimate acknowledgment of failure.”

“To think appearances don’t count these days is a lie: it lets you live in harmony with yourself.”

“Summer clothes that are rumpled or relaxed drive me mad. I loathe ‘rumplednes,’ if I can put it that way. It’s okay between the ages of 25 and 30, but unfortunately after that it’s dreadful. I hate people in the street who look like they’ve raided their grandchildren’s wardrobe.”

“What I’ve done, Coco Chanel would never have done. She would have hated it.”

“I am a living label. My name is Labelfeld not Lagerfeld.”

“Trendy is the last stage before tacky.”

“You have to live your life according to your ideas. Spend all your money and live life in line with what you are fighting for. I hate it when rich people try to be Communists. I think that’s obscene.”

“I worked out a lot before I was 20. I was hard underneath. I had just a little padding. I was quilted. Always Chanel…”

“I hate double-talk. If I say something unkind about people, it’s when they’ve done something to me, however long ago, which in my opinion gives me the right to have a go at them for fun whenever I like.”

“When I was younger I wanted to be a caricaturist. In the end, I’ve become a caricature.”

“I’ve always known that I was made to live this way, that I would be this sort of legend.” 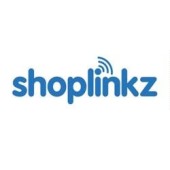 The Hottest Bucket Bags This Season